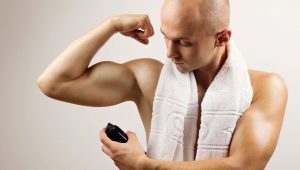 Usually, people use these to resist their bodies against sweat. Although deodorant and antiperspirant are different from each other both have some common features due to which people consider the same. Both of them resist sweat and also provide all-day-long freshness. Both of these products care for your underarms which may damage due to sweat. But having these similarities, they are different. To choose which one of them is better for you, let’s compare and analyze both separately and then make consideration. 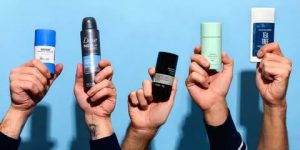 To remove axilla odor, Deodorants are formulated. They reduce the smell but the process of sweat doesn’t stop. Deodorants provide you all-day freshness with a delicious fragrance. Here is a thing that is necessary to explain that when your odor is formed it doesn’t smell and it is odorless and colorless. Sweat forms more odor when it mixes up with bacteria on your body. The strength of the odor depends on where sweat is being formed. If it is formed where fat or proteins are in excess then it will produce a stronger odor.

Deodorant kills the bacteria and prevents them to build up. When there is will no bacteria, there will be no odor by default. Deodorant will stop bacteria from forming but can’t stop wetness or perspiration. Deodorant should be your priority if body odor is your main problem. Deodorant is better to apply where it is an odorous part of your body. Mostly it is your chest area or near groin. On the other hand, you can apply it to any part of the body where you want.
It is beneficial to apply deodorant after showering (when the body is dried) because at that time your body is clean and deodorant will be more effective. It is not limit that you can apply only once a day, reapply anytime when you feel your body is going odorous and you need it. It is available in different cologne, select one of your taste. It is better to keep a mini-size anti aspirant with you always so you can use it during travel. 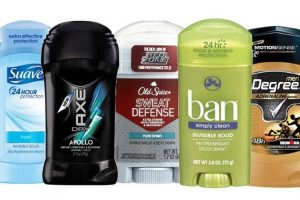 Antiperspirant is the formula that stops or reduces the process of sweating and perspiration. It forms a layer of gel when it is applied to the skin. The gel holds with the body and temporarily blocks the sweat to ooze on your skin. Antiperspirant is classified as a drug. There are some antiperspirants in the market which cause different skin diseases like cancer etc. But there are aluminum-based antiperspirants which are safe for human skin and don’t cause any skin problem.

What’s better deodorant or antiperspirant? Depending on your needs, there is more than one type of antiperspirant. Some of them are clinical and some are recommended on the strength of sweat. Choose the right Antiperspirant which fits your body and treats you well.

For better results, you should apply antiperspirant before going to sleep. It is done so that antiperspirant can take the proper time to kick in. If not done at night, use it after showering because at that time body is fully cleaned and antiperspirant shows results better.

Application of antiperspirant is done by massaging gently on the skin. It can not only be applied to underarms but also to other areas where you feel sweaty. An antiperspirant lasts for 36 to 48 hours, which means you can protect yourself from sweat all day long or more.

As described earlier, deodorant kills the bacteria that cause odor on your body but it can’t stop sweating. But on the other hand, antiperspirant is like a drug and it forms a layer on the skin where it is applied and stops sweating temporarily. As we describe both briefly, so when it comes to choosing which is better then it depends on your personal decision whether you should go for antiperspirant or deodorant. You can decide on the intensity of sweat that your body produces.

If you think that you have a little sweaty body and odor is the main concern then deodorant is the best choice. If your body forms more sweat then you should go for antiperspirant because it temporarily stops sweating from your body and keeps you in comfort. If you are thinking that antiperspirant stops sweating and can it stop odor too? the answer could be yes or no.

When you apply antiperspirant to your body, it blocks sweat, and bacteria on your body don’t find anything to cling to. It means there should be no odor. But if you apply or use antiperspirant incorrectly, then it can cause odor. So apply it as it is considered and would be more beneficial for your body.

Some people suggest using deodorant instead of antiperspirant because antiperspirant is a drug and it can create a problem for your skin immediately or later. On the other hand, deodorant is not a drug it is cosmetic and it kills bacteria on your skin which causes odor when they cling to sweat. And deodorant can be applied at any time repeatedly when you feel odor on your body.

If you think your body forms much sweat and very odorous then you can apply both antiperspirant and deodorant. A combination of both will help you to tackle both problems and feels your comfort all day long. There are also many products available in the market which are a mixture of both. You can apply that all in one pack. To check whether the product is antiperspirant then see its ingredients. If aluminum is available in ingredients then it is antiperspirant and if both aluminum and other perfuming elements are available then it is both in one pack. If there is no aluminum then it is deodorant.
Lastly, it depends on you which of both is more beneficial according to your body condition. Choose the one that will help your body that will make you comfortable.

We use cookies to ensure that we give you the best experience on our website. If you continue to use this site we will assume that you are happy with it.Ok